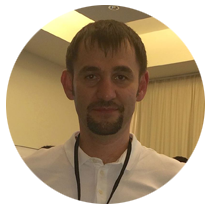 Vladimir Batmanov
Entrepreneur and business angel
20+ years of entrepreneurial and managerial experience — from an idea and investment raising to the sale of businesses in various sectors. Affiliate of the AltaClub international business angels club in the Siberian federal district. Expert, Generation_S 2015 and 2016, BiotechMed and LifeScience tracks. Organizer of the Ten Days of Innovation and Business forum in Kuzbass. Leader of the working group for the development of the regional innovation ecosystem. Adviser to the chair of the innovation and investment committee of the city parliament.

Eugene Borisov
Partner and business development director at the Kama Flow investment company
Professional in venture capitalism, investment relations and innovative project management. Has many years of hands-on experience in strategic consulting with a focus on local investment projects and programmes. Also, he worked for a number of years for a major media business, as well as managing his own digital agency. 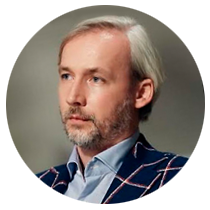 Aleksandr Borodich
Business angel and serial entrepreneur
Founder and managing partner of VentureClub, a crowd investment platform and an investors club. Chief Dreams Officer and managing partner of the Future Action marketing agency and founder of FutureLabs, a future laboratory. Member of the administrative board of the National Association of Business Angels and investor in more than 70 projects. Was head of marketing at companies such as Mail.ru Group and Acronis, an entrepreneur since 2010. Head of the Economics and Mathematics School affiliated with Moscow State University (MSU), teaching creative thinking and business skills since 2003. Received an MBA from the Stockholm School of Economics in 2007. 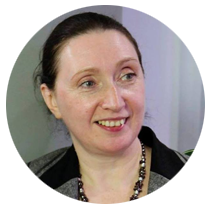 Lyudmila Golubkova
Expert in seed investment
Co-founder and managing partner of the Starta Capital venture capital fund (2013) and Starta Accelerator in New York (2015). Organizer of The Battle of Technologies, the first reality show for hardware startups (2017). 25+ years of business experience in executive positions with major companies in various industries. Chair of the Administrative Board of the НАБА (National Association of Business Angels). Founder of the «Кассиопея» online broadcaster focused on investment in innovations. 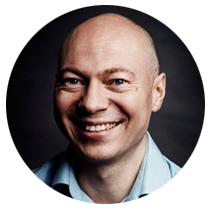 Sergey Dmitriev
Scrum ® and Business Agility Coach
Certified by Scrum Alliance in 2010, he is the first and so far the only Scrum coach in Russia. He has been managing strategic changes in corporate business processes since 2005, promoting modern business philosophy based on agile thinking. Trains organizations, their top managers, as well as development teams in techniques such as Scrum, Kanban and Lean Software Development. Former programmer and chief technology officer, he led the development of major web portals and online resources with global names. Trained 25+ teams in 10+ different countries. Founded the world’s best agile coaching company, Unusual Concepts. 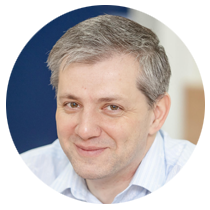 Oleg Malsagov
Development adviser to the rector, ITMO university
In 2015, served as deputy development director and acting director of the Cluster Growth Centre of Tomsk Oblast; in 2014-2015, as director of the Technological Innovation Business Incubator of Tomsk State University. Organizer and operator of the BiotechMed 2014 and 2015 tracks of GenerationS, a federal accelerator of RVC. Ranked among top 30 innovation and entrepreneurship experts by RVC. Expert on: crisis management, market research, strategy development at various levels, enterprise systems analysis, startup management, reputation management, and enterprise management, marketing and PR advice. 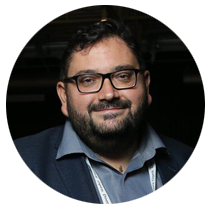 Vitaly Polekhin
President of the National Association of Business Angels
Head of the Investors Club, SKOLKOVO business school. Business Angel of the Year 2015 according to Russia Venture Awards. Managing partner at the Venture Angels seed and early investment fund. Shareholder and member of the supervisory board at the Addventure. 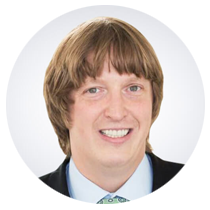 Aleksandr Rumyantsev
Venture capitalist
Russia’s most active venture capitalist of 2016. Invests in high-tech IT startups that meet the following criteria: the project’s financial model gives a minimum of 10-fold growth within 3 years; a minimum product version is in place; there are sales; a legal entity has been incorporated. 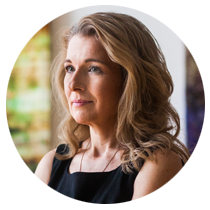 Lyubov Simonova
Director of the Technological Development project office at PAO Rostelekom, and business angel
Business lady, business angel and expert on venture capital, strategy, business development and web technologies. 20+ years of experience in building internet technology projects, 10 years in the venture industry. Served as an investment manager at RVC Seed Fund from August 2016. Before that, from November 2010, served as lead expert at Almaz Capital Partners and head of internet projects of the fund in Russia / CIS. Before joining Almaz, served as head of strategy and business development at the Finam investment company and project leader at eHouse Holding, where she was in charge of developing online advertising system and a number of other projects. Lyubov is recognized as a leading lady on the Runet and in the digital media industry. In 2012, she was ranked among the top 10 most influential women in IT in Russia. A Top-5 VC woman in Russia since 2014. 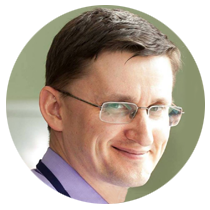 Yury Yuzifovich
Head of cybersecurity division at Nominum (Redwood City, California, US)
Graduated in 1997 from the Samara State Aerospace University, Information Science Faculty. Founded the company Mercury Development in 1999 while studying at Washington University. Employed by Nominum since 2014, where he improves user security at more than 140 telecommunications companies across the world.