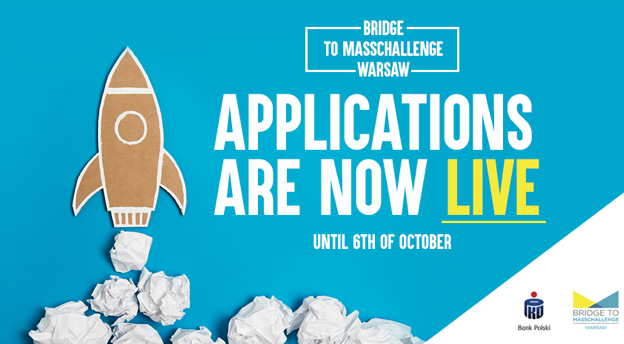 The company YellowRockets is now officially affiliated with a major global startup accelerator, MassChallenge. Yellow Rockets will help technology projects from Russia and neighbouring countries to qualify for bridge programmes and advise on working with the international accelerator.


Applications can now be submitted by startups from Central and Eastern Europe and beyond under the Bridge to MassChallenge Warsaw programme for growing startups.
The programme targets startups that are already in business, their products have been endorsed, their sales are increasing, and the companies are ready to expand their business. The target upper threshold for applicants: an annual income of up to two million US dollars and equity capital of up to one million US dollars.
The Bridge to MassChallenge programme will be open to join until 6 October. The organizers will select 200 applications from interesting startups from Central and Eastern Europe, with 25 to be shortlisted. They will attend a 4-day crash course in Warsaw.
Ten finalists will go to Boston in February to take part in four-day workshops and meetings. The entrepreneurs will have a chance to meet with representatives from multinationals, potential investors and business partners in order to kick the tyres of their growth plans.
Startups can apply online at:: b2mcwarsaw.fpt.org.pl
The application deadline is 6 October.
In Central and Eastern Europe, MassChallenge works in coordination with PKO Bank Polski, the largest national bank, and Poland’s Technological Entrepreneurship Foundation, the operator of MIT Enterprise Forum Poland. Also, the programme joined forces with Impact CEE, which will enable the participants to present their projects during the Impact fintech’17 startup conference in Katowice, Poland, in December.
At the local level, the Bridge to MassChallenge programme is supported by national sponsors. E.g., in Russia the programme is affiliated with the company YellowRockets.
Bridge to MassChallenge is MassChallenge’s first stepping stone in the region. The plans provide for the project to translate into a sophisticated full-blown acceleration programme, MassChallenge Warsaw, and to support up to 80 startups from Central and Eastern Europe every year. MassChallenge works in coordination with major national and multinational companies such as IBM, P&G and Microsoft. This enables the programme to offer startups massive support such as guidance from gurus who usher startups into the world of global business.
Latest news: